The iPhone 4 was announced today during Steve Jobs keynote at WWDC and the world is taken by storm again.

Its flagship features are, of course, the extremely high resolution screen, video chat capability with FaceTime, and the sexy new form factor. But theres more to the 4 than that, and even those seemingly self-explanatory new features deserve a closer look. Lets see just what Apples done here with its biggest update to the iPhone since the original. 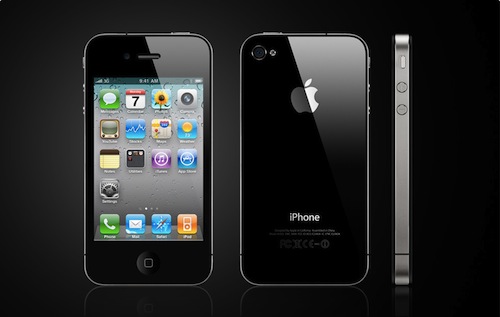 Were all pretty familiar with the new body, since it was really the focus of Gizmodos exposé. In fact, that was pretty much the limit, since they couldnt do much else with a dead, locked phone. But they examined it very closely and found it to be beautiful and metallic. Its new squared-off look is a signal from Apple that this is an entirely new phone, not just an iteration of the original. You might say this is the true sequel to the iPhone, the 3G and 3GS being merely refinements of the original design. Three years is a long time to stick with what was essentially the same design, especially for a company as chameleonic as Apple. A change was due, and the change is welcome.

The new design is more squared off, with a flatter back, creating a stronger shape in both your hand and eye. Its not trying to hide the buttons, but rather showing off their careful placement and clean lines. I think the overarching themes here are power and superiority, rather than slickness. The glass on both sides, we found out in the closing video, is almost as strong as sapphire crystal and can deform pretty seriously without breaking. Good news to those of us afraid of exploding iPhones.

The previously reported dimensions are accurate: 4.5×2.31×0.37 inches. It weighs 137 grams, more than expected and slightly heavier than the 3GS. Its similar enough in size and weight to the old one that you probably wont notice the difference, but the new flat back and squared-off edges will either delight or bother you. Im guessing delight.

The announcement that the steel rim of the phone is in fact the phones antenna nullifies concerns people had about potential signal blocking, like we have seen in several other Apple products.

The new 3.5-inch Retina IPS LCD display sports 326 pixels per inch, and is 960 by 640 pixels. Theyre calling it resolutionary. Hmm  Apple puns. 960×640 will be a meaningless number to most people, but the resolution nerds among us will recognize three things about it right off the bat.